One of the most important beneficiaries of SonLight Power's work is the local village school.

As a grateful father said to us one day as he emerged after a long day in the hot Honduran farm fields, "You have taken the machete out of my son's hands."  He recognized that electricity would mean schools could stay open after dark and modernize with tools such as laptops, TVs and DVD players.

In other words, he recognized hope for a brighter future.  Education meant his son had a future beyond the back-breaking work in those fields.

One of the most valuable actions you can take is to sponsor a solar power system for a school.  A one-time gift of $8,000 covers all the required equipment for most school solar power projects where we serve in the Western Hemisphere.

Over the estimated 30-year lifetime of the solar project, the low cost of impact is compelling.  In the case of a school with 100 students, the cost per day per child impacted at that school is less than half a penny. 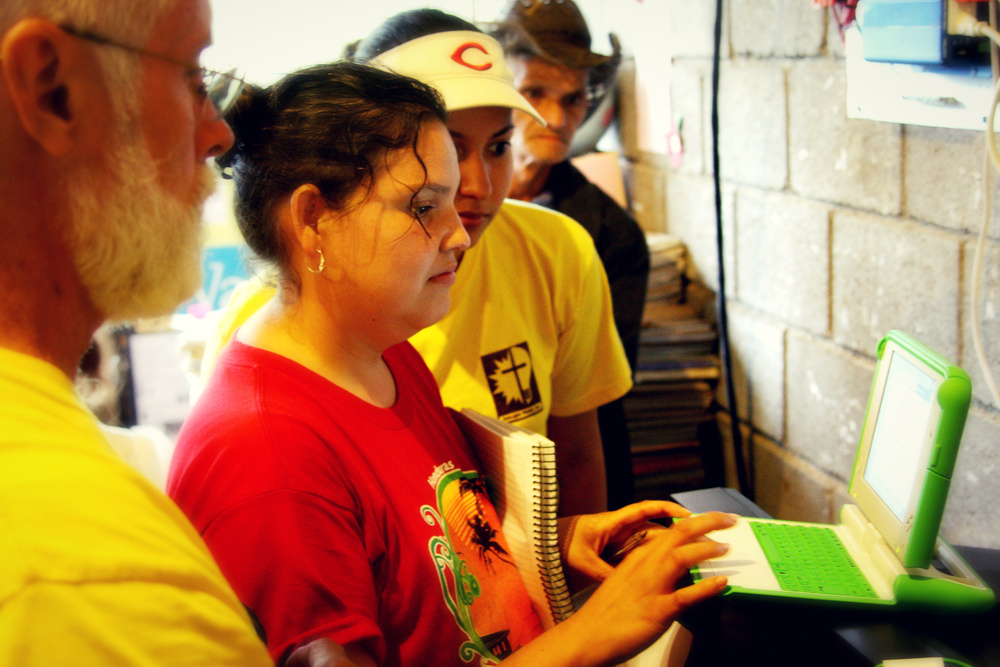 In addition to schools, we have a long list of other solar projects in need of sponsorship: medical clinics, water-pumping stations, orphanages, community centers, churches.

You can be a hero.  Your company, school, church or team can be heroes too.

Take the machete out of another child's hands.  Talk with us today about sponsoring a solar project that will empower children and their families for generations.

See how SonLight Power teamed with NFL running back Giovani Bernard of the Cincinnati Bengals to equip children at the school Gio sponsors in Haiti in memory of his late mother: