“Looking back over what we got done, it just really exemplifies the power of God at work in each of us.” 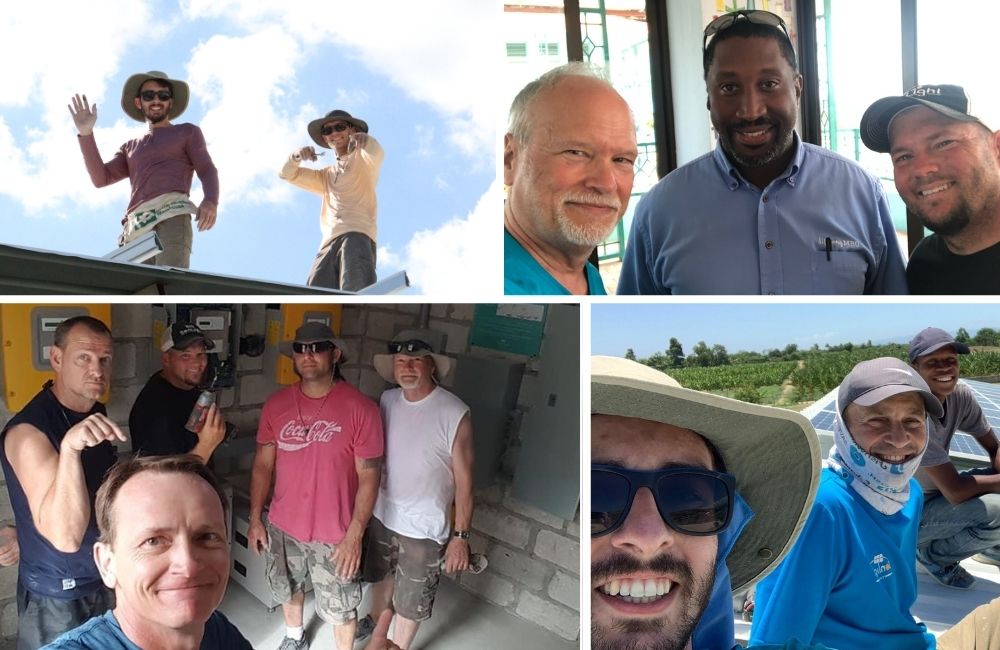 In May, a SonLight Power mission team equipped mission partner, Lifesong for Orphans in Bercy, Haiti, for our single largest project to date.

The SonLight Power team of eight men from around the U.S., together with Haitian staff at Lifesong in Bercy, served two weeks installing 216 solar panels atop five buildings for a total production capacity of 90 kilowatts along with a lithium-ion battery bank totaling 77 kilowatt hours of storage capacity. It is one of the largest solar microgrids ever completed in Haiti.

Their efforts will make a lasting impact at Lifesong Haiti, part of Lifesong’s global mission organization that cares for orphaned and vulnerable children while offering quality faith-based education tuition-free for Haitians in need. The team’s diligent work, collaborative support, and unwavering faith now make it possible for light from above, rather than diesel, to fuel the Lifesong campus.

The solar microgrid will transform the lives of more than 2000 children, young adults and nearly 300 staff living on and around the Lifesong campus. 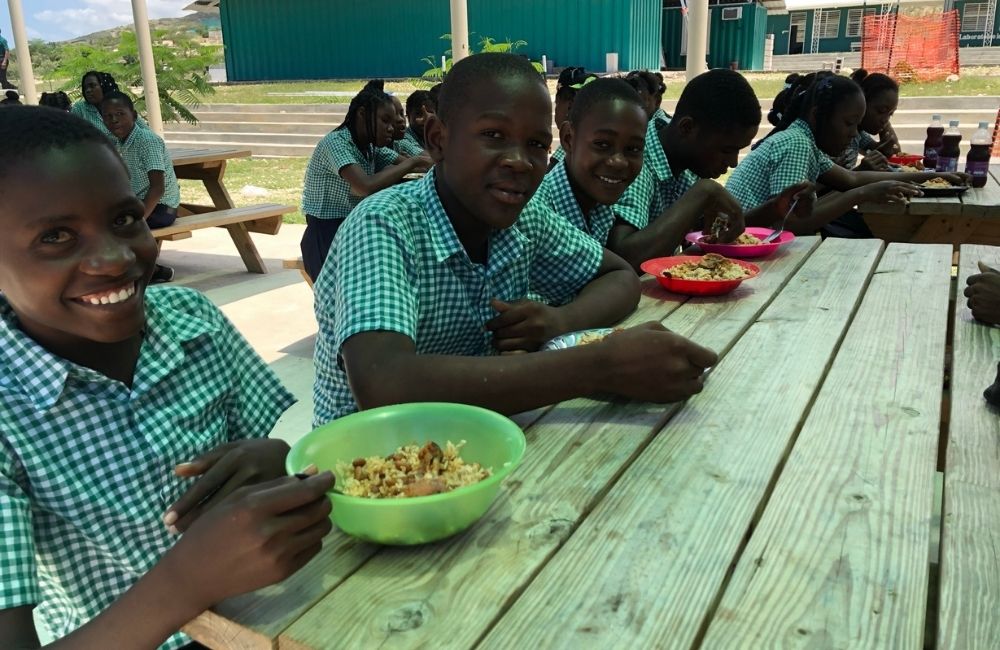 SonLight Power mission teams can feature as many as 20–25 male and female volunteers who install solar equipment and minister over a week-long period. For a microgrid project of this scale, working with a smaller group seemed daunting at first, but God provided the team strength and chemistry to drive the installation.

“Looking back over what we got done, it just really exemplifies the power of God at work in each of us,” says volunteer Matt Passalugo, “coming together as the body of Christ and doing something supernaturally for the Lord and in the Lord.”

Lifesong for Orphans has been serving vulnerable families and communities in Haiti since 2010. In Haiti, the organization operates 10 sites where children are supported through holistic orphan care ministries, Christian adoptive families, and foster care initiatives. Children in their care receive food, shelter, clothing, medical care, education, and Christian ministry.

“These things are loud and they put out exhaust fumes. Anyone who’s driven down the road behind a diesel truck, that’s what they’re dealing with. It’s a stationary diesel truck engine in a box.”

As was evident at a recent SonLight Power microgrid installation at Peredo Community Hospital near Jacmel, using diesel as a primary energy source is enormously challenging in Haiti for a variety of reasons, requiring:

SonLight Power volunteer and spiritual care leader Keith Brown provides context for the diesel generators: “These things are loud and they put out exhaust fumes. Anyone who’s driven down the road behind a diesel truck, that’s what they’re dealing with. It’s a stationary diesel truck engine in a box.”

He adds, “You can’t get away from the fact that this is a mechanical device that can wear out and break and cause problems. You’re dependent on continuing to fill up the fuel tank to make sure it runs, and if you run out of fuel, everything stops and there’s no power.”

Solar power is an ideal energy solution for places like Haiti, where the sun shines brightly and often. In the solar microgrid installed at Lifesong, the panels charge large lithium-ion batteries during the day, storing energy that can be used through the night. Solar energy produced by the microgrid is cleaner for the environment and more reliable than running diesel generators. 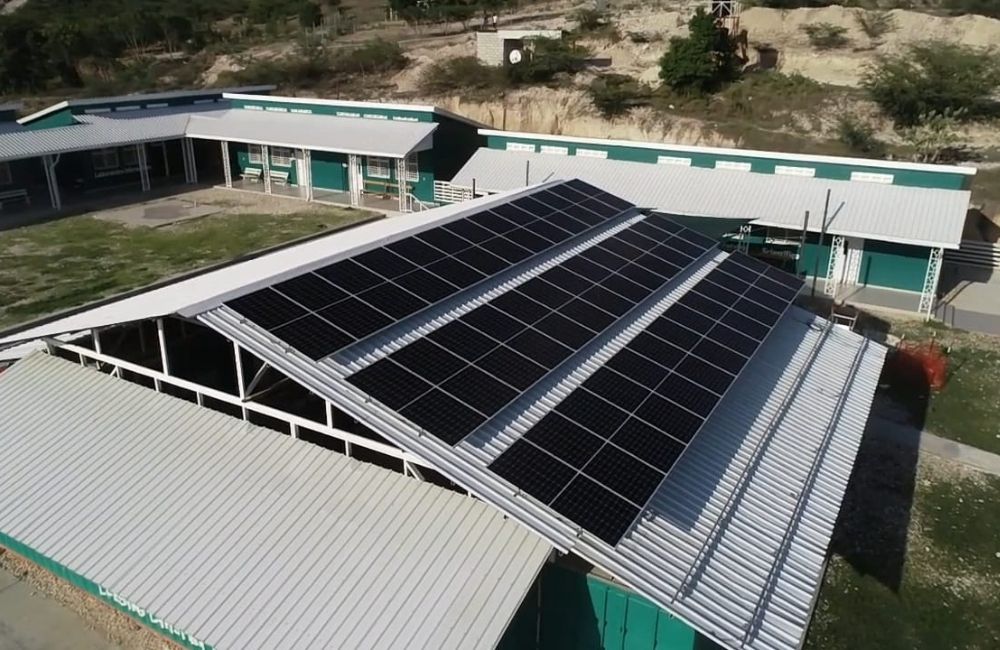 Keith says, “The panels will supply good, clean, reliable energy, and Lifesong should get a return on their investment in short order and make the mission even more self-sufficient. They won’t need to buy as much diesel fuel in the future, so it should save them money in that way.”

Matt is familiar with Lifesong Haiti and knows the campus and surrounding communities will benefit from more than just renewable energy. “Here’s a group of Christian men [from SonLight Power], working alongside them, and they’re treating us like brothers. They really got to glean off a good workmanship attitude and brotherly love. I think that’s a huge benefit that spills not only onto Lifesong but outside of its walls.”

Steven says that while the work itself was hard — 12-hour days in 90-degree heat — it was incredibly rewarding, both spiritually and personally. “You have to really go into the mentality that you’re not here for you. Yeah, you have to be healthy while you work, but be ready to work and it’s going to be so rewarding in the end.” 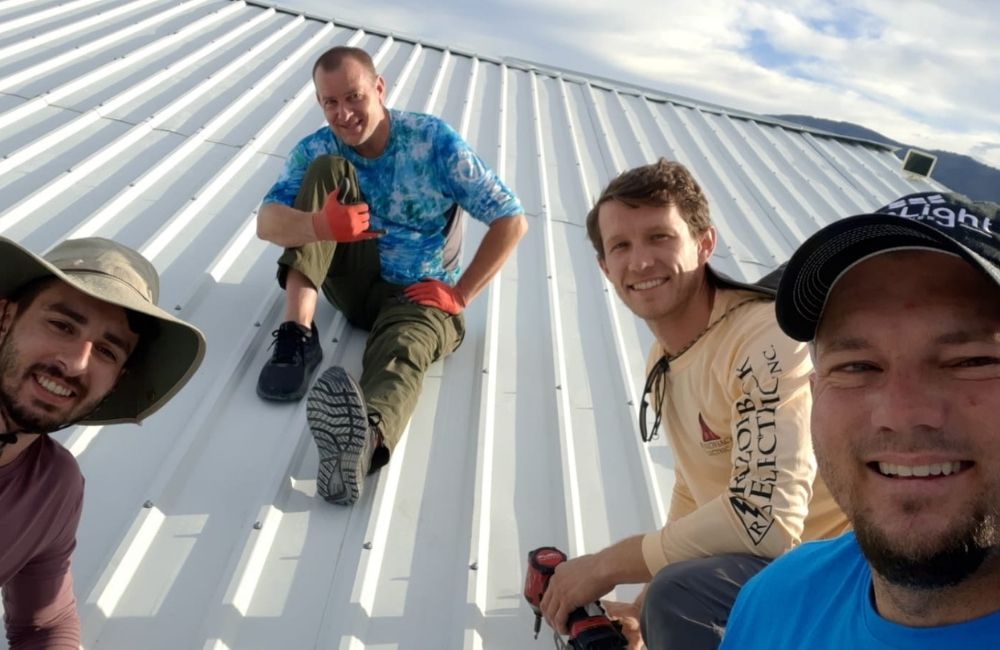 Keith filled the role of spiritual care leader for the team in Haiti, intentionally listening for God’s promptings, facilitating group devotionals in the evenings, and supporting the team in a servant-leader capacity. He says the hands-on work at Lifesong wasn’t too different from other trips, but the all-male makeup of this one provided a unique component.

Steven echoes that sentiment. “This was a great group. We had no problem connecting, and we got along as the weeks went on. So, it was definitely really great to have an all-guys group for this.”

Keith’s evening devotionals focused on challenges men face, fostering deeper connections and allowing space for spiritual growth. He says, “It’s really about, ‘What’s God doing in your life today? What’s God been doing in your life this week? How is your heart changing, how is your character being developed, how are you learning about living as a citizen of this completely transcendent kingdom, this invisible kingdom?’”

“Here’s a group of Christian men [from SonLight Power], working alongside them, and they’re treating us like brothers. They really got to glean off a good workmanship attitude and brotherly love. I think that’s a huge benefit that spills not only onto Lifesong but outside of its walls.” 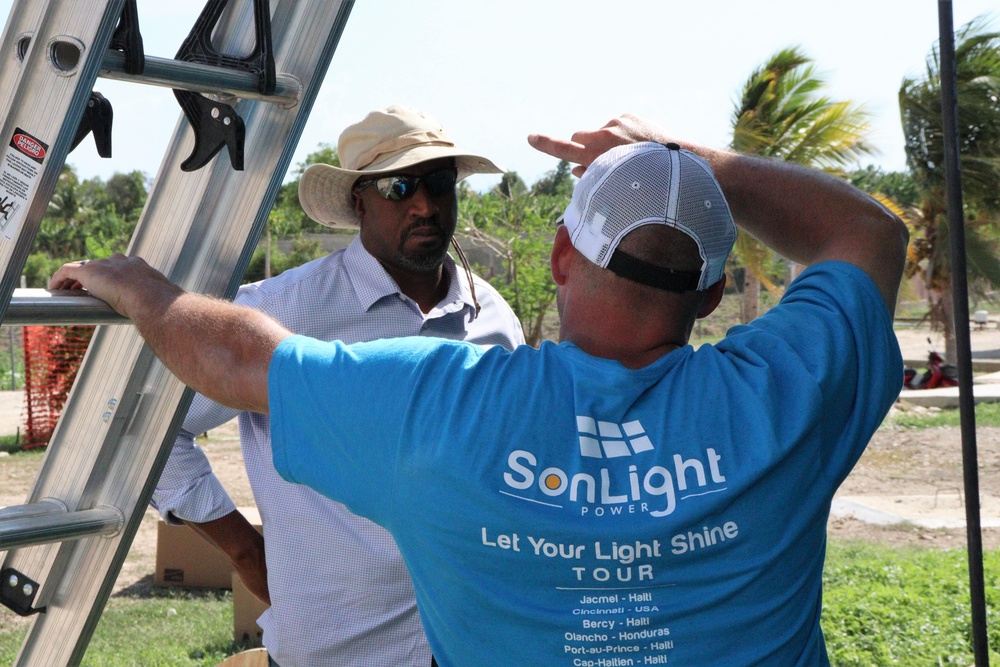 Each team member contributed in major ways to the microgrid installation and to the devotional discussions. These contributions not only empowered each man to strengthen his resolve in Christ, but to support one another through the challenges of the project.

“There’s this brotherly bond that develops, and I think that spills out to the work you do the next morning,” says Matt, who was affectionately nicknamed ‘Paz’ by the team during the project. “It makes you want to get up, work alongside each other and get this project done.”

“If you look at it in the beginning, it’s like, ‘There’s no way we’re going to be able to do this,” Matt continues. “But I think that devotional time that Keith led really enabled us for the next day, to wake up replenished, renewed, restored and resurrected, to get the job done and stay focused.”

The solar microgrid will make a lasting impact at Lifesong. In fact, commencement ceremonies for the first class of Lifesong graduates will take place in June. We couldn't be more excited that current and future graduating classes will be powered by clean, reliable solar energy from the microgrid.

And thanks to the men who contributed to this project, their impact may inspire future men’s and women’s retreat-type mission trips at SonLight Power. Judging from this unforgettable testosterone-filled take on the mission trip experience from volunteer, Matthew Rings, the concept might take off: